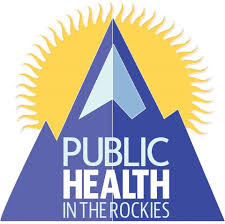 Conference Theme: Data to Action - Reaching Our Goal of Health Equity for All

Health inequities persist largely due to systematic policies and practices that create barriers and obstacles to achieving equal health status for populations. Such differences in health status are often preventable and unfair. In order to improve health equity, we must increase awareness and actively address health inequities in our everyday work.

Camara Phyllis Jones, MD, MPH, PhD is a family physician and epidemiologist whose work focuses on the impacts of racism on the health and well-being of the nation.  She seeks to broaden the national health debate to include not only universal access to high quality health care, but also attention to the social determinants of health (including poverty) and the social determinants of equity (including racism).

As a methodologist, she has developed new methods for comparing full distributions of data, rather than simply comparing means or proportions, in order to investigate population-level risk factors and propose population-level interventions.  As a social epidemiologist, her work on "race"-associated differences in health outcomes goes beyond documenting those differences to vigorously investigating the structural causes of the differences.  As a teacher, her allegories on "race" and racism illuminate topics that are otherwise difficult for many Americans to understand or discuss.  She hopes through her work to initiate a national conversation on racism that will eventually lead to a National Campaign Against Racism.

Thank you so much for the opportunity. This was a phenomenal program and I have gained knowledge to better support my work.